Jiang Zengqiang is an associate professor in the Mechanical Engineering Department at Beijing Jiaotong University, P.R. China.  He was a visiting researcher at C-MORE from September 2015 to September 2016, working on the remaining useful life estimation and optimal maintenance policy for key components of trains. 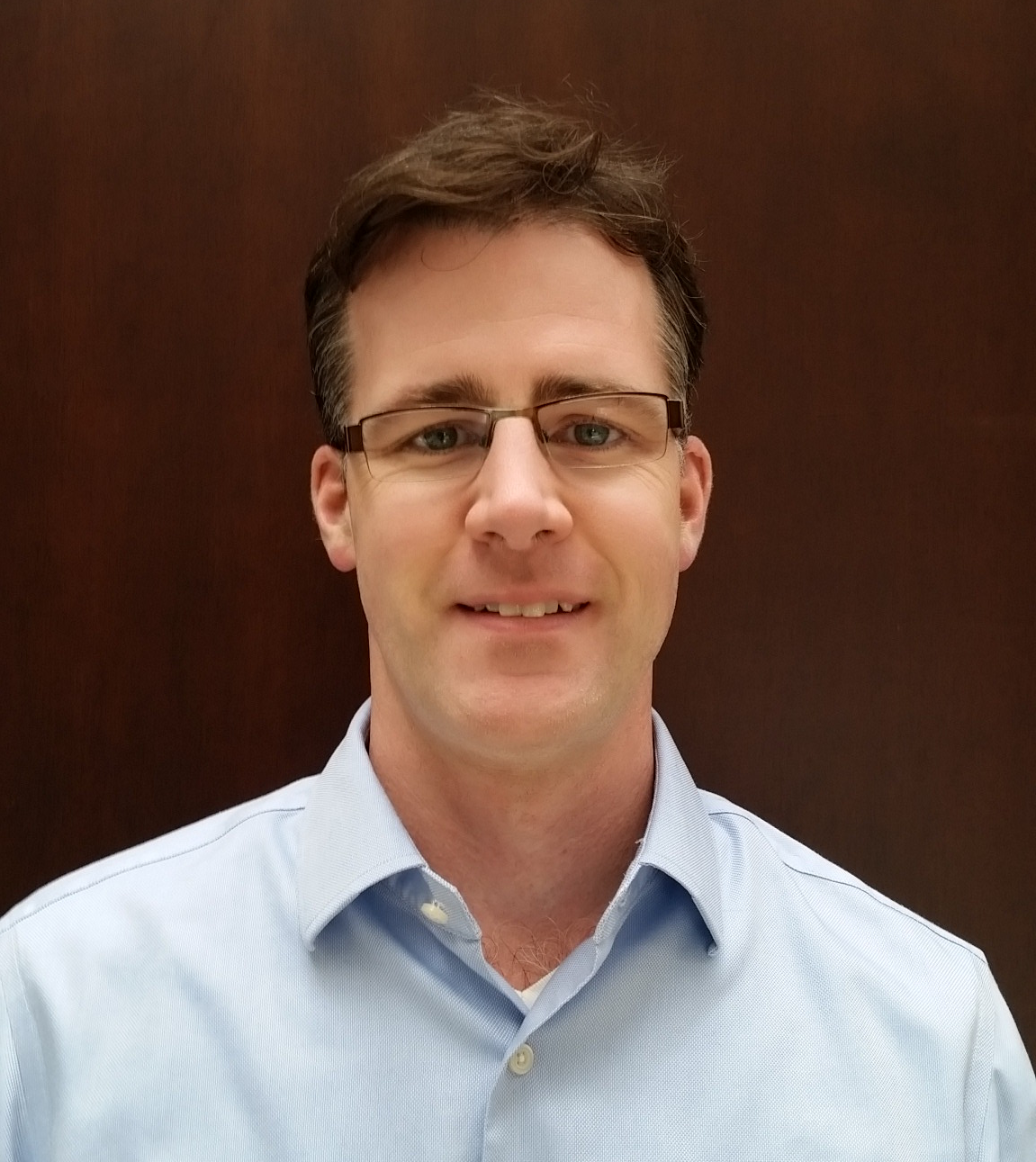 Neil Montgomery began working at C-MORE in January 2004, primarily responsible for working with the member companies in the C-MORE Consortium.

Neil likes to use mathematical and statistical tools to solve real world reliability and maintenance problems. He is interested in the problem of data fitness-for-purpose in asset management decision-making. He has taught many statistics courses at the undergraduate and graduate levels at U of T and also leads workshops and speaks at continuing education events put on by C-MORE. 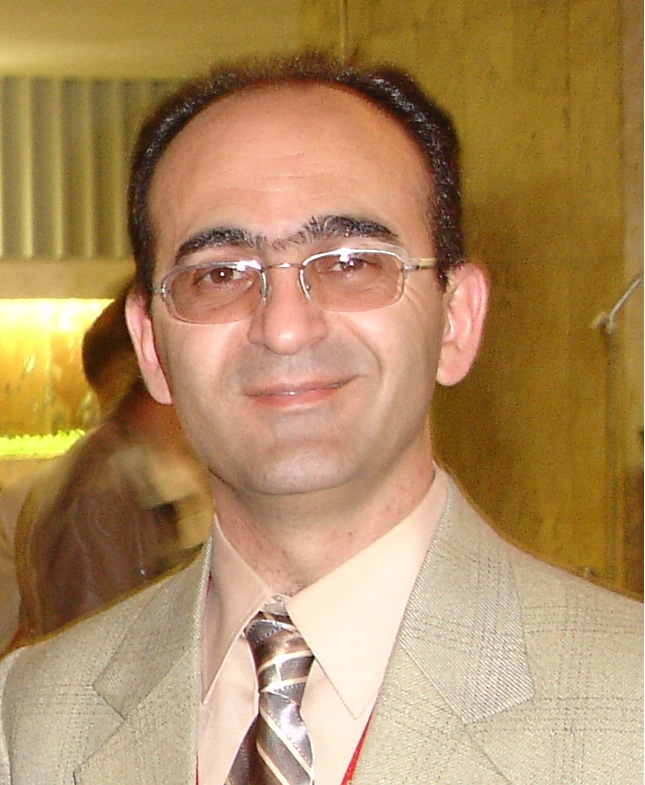 Behzad spent time at C-MORE as a postdoctoral fellow. From July 2008 to July 2010, he worked on the spare parts estimation of industrial assets considering their reliability characteristics and operating environment. He also studied the logistics of spare parts and maintenance planning.

Behzad is now Associate Professor at the University of Luleå, Sweden, in the Division of Operation and Maintenance Engineering. 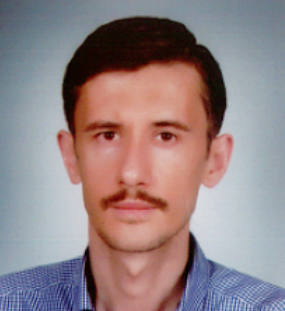 As his work at C-MORE suggests, Yasin’s research focuses on stochastic dynamic optimization with applications to healthcare, manufacturing, and scheduling. He is interested in developing mathematical models and employing techniques developed in dynamic programming and mathematical programming for computing exact and approximate solutions to stochastic dynamic optimization problems.

Yasin is now an assistant professor in the Industrial Engineering Department at Istanbul Kemerburgaz University, Turkey. Barish is a professor in the Faculty of Engineering and Natural Sciences at Sabanci University, Turkey. Before moving to Turkey, he taught at the Department of Mechanical and Industrial Engineering at the University of Toronto.

Barish collaborated with Professor Jardine on the provisioning of repairable critical spare parts. In this stream of research, they analyzed when repair shop capacity should be pooled to improve system performance and developed hybrid inventory policies and multilevel rationing policies for spare parts to improve the availability of fleets of machines. 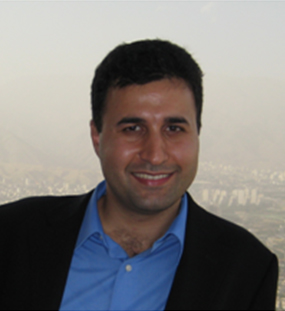 C-MORE is fortunate to be associated with Ali; he is extremely well-respected in a number of areas. He is acknowledged as an expert in the field of asset management and reliability engineering. In 2013, World Economic Forum selected Ali as a Young Global Leader based on his professional and leadership achievements. Nor is his influence limited to academia; for example, he is cited in a recent article by Ladan Nasseri in Bloomberg Business. Darko was at Andrew Jardine’s Condition Based Maintenance Lab (now C-MORE) at U of T for the period 2003-2006, working on a doctorate dedicated to the optimization of spare parts inventories, from a reliability engineering perspective.

Darko is now working for Komatsu Cummins Chile, a group of companies in charge of the distribution of Komatsu equipment and Cummins engines for the Chilean market. He holds the position of Executive Vice President, leading a team of close to 6,000 people operating in the mining, construction, forestry and power generation businesses. Yet he remains close to the academic world and teaches a diploma-granting course in Physical Asset Management at the Catholic University of Chile. 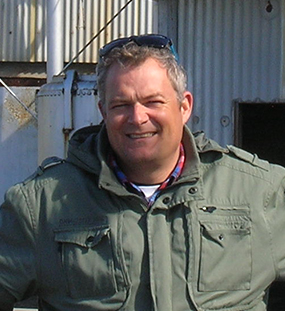 Diedrick was at the University of Toronto from January 2003 until April 2005, when he left to start working in Japan. While in Japan, he continued work on his PhD and graduated in March 2008. His thesis, “Systems Subject to Repair and Maintenance Actions: Modeling and Optimization,” dealt with the problem of repairable components (i.e., components that need to be repaired & serviced regularly).

Currently, Diedrick is working in Perth, Western Australia, for a company called WesTrac, a Caterpillar dealer, where he is General Manager of the Technology group. His team looks after mining & construction technology products, such as autonomous trucks, machine guidance systems, fleet management systems, and condition monitoring technologies & services. 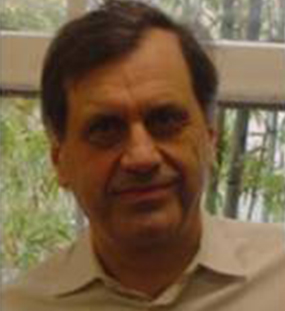 Dragan Banjevic holds a BSc, MSc and PhD in statistics from the University of Belgrade, Serbia. He has been a Senior Research Associate and Project Director for C-MORE since 1995.

It would not be exaggerating to say Dragan’s input is crucial to C-MORE’s past and ongoing success. He works with both students and collaborating companies to ensure the research output has a solid foundation. Dragan has coauthored numerous papers in international journals and international conference proceedings. He regularly teaches graduate and undergraduate courses for both the Statistics Department and the Department of Mechanical and Industrial Engineering at the University of Toronto.

Ashraf is a Professor at the University of Portsmouth in Operations & Systems Management.

When asked, Ashraf said he considers himself “more a student to Professor Andrew Jardine, than a research collaborator.” In fact, their collaboration is long-standing and ongoing. Ashraf became aware of Andrew’s work when he began to study Reliability and Maintenance modelling in the early 1990s, largely because a book published in 1973 was (and still is) one of the main references in the field: A.K.S. Jardine, Maintenance, Replacement and Reliability (Pitman 1973). Given their common interests, Ashraf continued to meet Andrew at conferences and was invited by him to speak at a PEMAC MainTrain Conference in Toronto (2012). In 2014, Ashraf applied for study leave to work with the team at C-MORE. Most recently, he invited Andrew to present a joint “Hot Topic Seminar” at the University of Portsmouth in 2015. Melinda is BHP Billiton Fellow – Engineering for Remote Operations – at the School of Mechanical and Chemical Engineering, University of Western Australia. She is also Chair of the Standards Australia Committee for ISO 55000 (AM Standard) and represents Australia on the ISO (International Standards Organisation) committee for Asset Management Standards.

Melinda spent time with the C-MORE group in 2007 and 2013, and since then has maintained contact, collaborating with C-MORE’s Neil Montgomery on data quality issues. 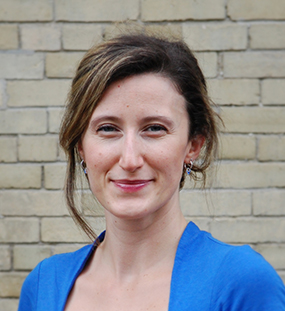 Birsen and Andrew recently completed the “Eco-Drive Training Project,” a three-year project sponsored by AUTO 21’s Innovation through Research Excellence. The overall goal was to demonstrate the effectiveness of simulator-based driver training to improve the fuel economy of experienced fleet drivers and to increase the learning efficiency (learning more in less time) for novice truck drivers. Notably, the Canadian Association of Municipal Administrators gave the 2014 Willis Award for Innovation to the City of Waterloo for its contribution to the Eco-Drive Project. View the MIE Newsletter Story. Watch the Youtube introduction to the project. 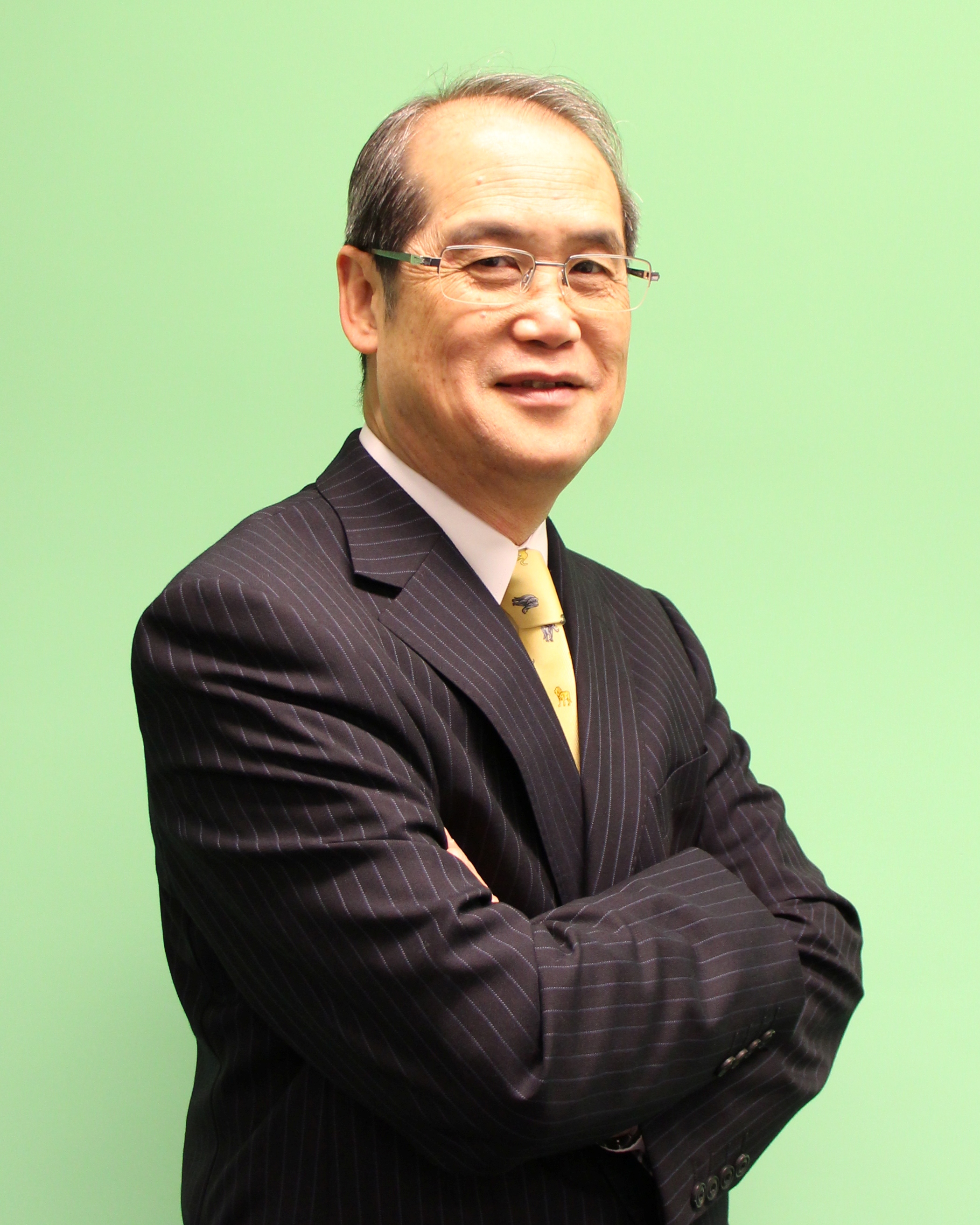 Albert H.C. Tsang is a long serving member of the Department of Industrial & Systems Engineering at The Hong Kong Polytechnic University. He retired in 2010, and is currently employed as Senior Teaching Fellow of the Department.

Albert Tsang is co-editor with Andrew Jardine of both editions of the best-selling Maintenance, Replacement and Reliability: Theory and Applications. The second edition appeared in 2013 (CRC/Taylor & Francis). 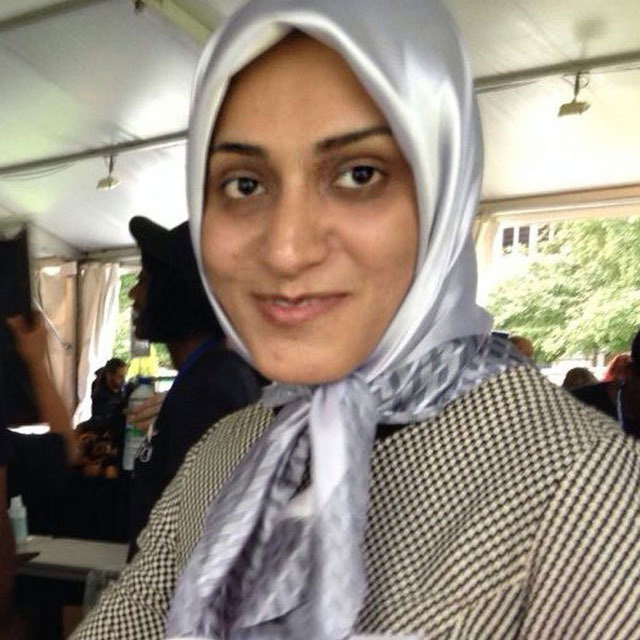 Maliheh received her PhD in 2013 from the University of Toronto, with a dissertation on “Integrating Maintenance Planning and Production Scheduling: Making Operational Decisions with a Strategic Perspective.” Immediately following the completion of her doctorate, she began a postdoctoral fellowship at C-MORE.  Her project involved the development of a new age-based maintenance policy with dependent renewal cycles.

Maliheh is now employed as an Applied Researcher at 1QB Information Technology where she is developing quantum-ready algorithms for solving hard optimization problems, specifically in the area of Bioinformatics. The goal is to design a new algorithm to effectively compare molecules and DNAs using quantum machines.

Nima proudly worked under Andrew’s supervision as a postdoctoral fellow between October 2007 and May 2012. During this period, he collaborated closely with the C-MORE consortium of companies to solve challenging engineering problems. 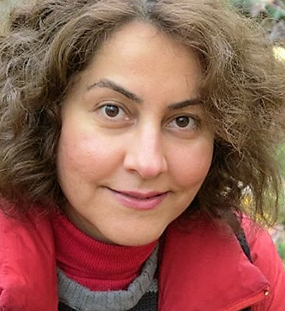 Sharareh obtained her PhD in Industrial Engineering from the University of Toronto in 2011 with a dissertation on “Reliability and Maintenance of Medical Devices”.

She was also a postdoctoral fellow from April 2011 to July 2012 at C-MORE working on a collaborative health research project entitled “Risk factors and optimization model for breast cancer screening” with Dalla Lana School of Public Health, University of Toronto.

She is currently the Director of the Reliability, Risk and Maintenance Research Laboratory (RRMR Lab) at Ryerson University and conducts research in a broad area of risk and reliability engineering and maintenance optimization and their applications in evidence-based decision making. Corey was at C-MORE from September 2008 to July 2013 as a doctoral student, working on the human aspect of reliability and performance of systems. Dissertation title: System Performance Analysis Considering Human-related Factors

He is now Assistant Professor at Quinnipiac University, Hamden, Connecticut. Corey is also Director of the Industrial Engineering program and Associate Dean for the School of Engineering.

His interests include teaching, mentoring/advising, research in various aspects of human skill and learning and their effect on system performance.